China as a contributor to global economic development

After decades of fast growth, China has become a top world economy—only behind the United States when considering the GDP in current US dollars. Very importantly, the country has become a major engine of growth worldwide. Looking ahead, projections consolidate China as the world’s leading economy by 2050. Progressively, China has become a major driver of world trade. It is the largest exporter and the second largest importer worldwide. The world economy was severely affected by the COVID-19 pandemic, but China remained strong. It is worth noting that China aims at becoming a fully developed and advanced nation by 2049, when it will celebrate the centenary of the foundation of the People’s Republic of China. The country has already been working to pave the way to realize this goal and it will certainly further intensify its efforts in the future, which suggests that China’s role as a contributor to the world economy will continue to strengthen.

In view of this scenario, other emerging economies, such as Peru, need to work out how to harness China’s development to propel not only growth, but also changes in the productive structure, especially to go beyond being predominantly exporters of raw materials. We believe that exploring lessons from China’s experiences and the potential role of the Belt and Road initiative could be powerful means in this direction.

Each country should find its path according to its own reality, but examining successful experiences with regards to economic development can provide useful insights. Most notably, China has demonstrated a remarkable capacity for designing and executing long-term plans. In the case of Peru, and other Latin American countries, long-term plans are mostly missing. In the exercise of analyzing China’s experience, it is worth focusing on a few key areas. The first one is the economic transition and industrial modernization of China. In just a few decades, the Chinese economy experienced an unprecedented transformation.

First, it went from an agricultural economy to the factory of the world, and now it is turning into an innovation-driven high-tech economy. Lessons can be drawn from its industrial transformation, especially concerning a productivity growth mechanism for the attraction of foreign direct investments and absorption of foreign technology and know-how. In particular, it is important to look at the role played by special economic zones which were created to promote industrial development and effectively became important world production centers. Infrastructure is another key area where the country stands out as a reference. Other important areas for comparative study are: regional development, human capital, the opening-up process, and innovation, among others. One aspect that seems essential to us is the evolution of an export-oriented manufacturing model developed in China and its moving up the global value chain.

At the same time, as the country’s industry is upgraded to focus on more high-tech industries, those of lower value-added industries are off-shored to other countries. We argue that this process could offer opportunities for other emerging economies, such as Peru, for export diversification. The challenge lies in the fact that economic relations of Peru and other South American countries with China are not centered on this type of goods, but on exports, mainly, of raw materials and Chinese investments, principally, in extractive sectors.

The main partners of China in the region are Mexico and four countries in South America: Argentina, Brazil, Chile, and Peru. With the latter group, there is strong complementarity, as South American countries have the natural resources and other primary goods that China needs. While these relations drove an important economic boom in the region, such a high concentration on primary products is not ideal. It means being vulnerable to economic cycles and fluctuations in the international demand and prices of a few commodities.

Special attention should be given to intermediate goods that can be inserted into global value chains in the Asia-Pacific region, led by Chinese firms. To contribute to this process, we believe that the manufacturing delocalization and integration experience between China and Southeast Asia should be studied in order to identify lessons learned from this intra-Asian process, which could be useful for the design of public policies and business strategies in Peru—with respect to China—in order to participate in a process of manufacturing delocalization. The Belt and Road initiative could be an opportunity to advance towards this objective.

It is often thought that the Belt and Road initiative is simply a Chinese plan to invest in infrastructure in other countries. However, in our view based on its initial conceptualization, this initiative is much more than that, since its key concepts are the economic corridors, which include both infrastructure for connectivity and production, based on special economic zones and other instruments, to facilitate integration into global value chains. It should be kept in mind that the initiative is mostly about connectivity with China. Thus, its extension to Latin America means, in fact, the extension of the 21st-Century Maritime Silk Road to the Pacific. Therefore, efforts for its implementation should not relate to the whole infrastructure gap of a country but should focus on infrastructure projects that contribute to Trans-Pacific relations, including logistics and associated productive projects.

In sum, I conclude with this: the extension of the Belt and Road initiative to Latin America should involve working on the establishment of one or several Trans-Pacific economic corridors. The agenda of cooperation with China could be enriched through this approach. From this perspective, each country ought to design a national strategy based on the economic viability of selected infrastructure, logistics, and production projects that could be involved in a potential Trans-Pacific economic corridor, generating synergy between these components. This requires a clear understanding, from both sides, of the opportunities that such corridors could bring to foster productive diversification, competitiveness and, in the end, economic development. 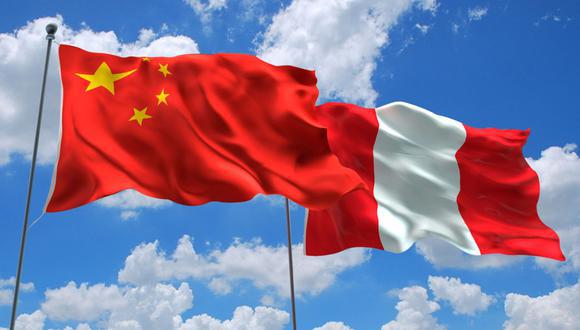 Consent for the processing of personal data

The University, located at Jr. General Sánchez Cerro No. 2141, district of Jesús María, in accordance with the Law, the Regulation, and related regulations, declares that it is the owner of the Personal Data Bank that stores the data recorded on the various platforms or websites owned by the University, and which is duly registered with the National Authority for the Protection of Personal Data. Accordingly, the University states that the recipients of the personal data will be the Center for China and Asia-Pacific Studies, the University’s marketing department, and any other academic or administrative units pertaining to the University, which will retain the personal data for a maximum period of sixty (60) years or until amended, depending on the nature of the data; with the main purpose of using this data for academic, institutional, administrative, and commercial procedures, and of meeting the needs of the applicants, students, and graduates of the University’s academic programs, as well as those persons interested in the events the University holds or in which it participates.

On this basis, and in accordance with the provisions of Article 58 of the Consumer Protection and Defense Code, the Owner consents to being contacted by the University through  telemarketing activities and to receiving information about the University’s undergraduate and postgraduate degree programs, executive education and languages programs, and satisfaction and improvement surveys as well as any academic, artistic, cultural and entertainment events organized by the University or any of its dependencies, for which the University may use post, telephone, email and other electronic media, or any other means of communication.

The owner consents to the University sharing, assigning, or transfering this data to third parties for the following additional purposes:

The University guarantees that any transfer, cession, or assignment of personal data will be subject to the provisions of the Law, and the University will ensure that these data are not used improperly.

In the event that the Owner is a minor between fourteen and eighteen years of age, they declare that they understand the contents of this document and, on this basis, grant their consent to the University for the use and treatment of their personal data in accordance with the purposes specified above.

Should the  Owner wish to exercise their right of access, cancellation, opposition, revocation of consent, amendment, or any other, they may do so at Jr. General Luis Sánchez Cerro No. 2141, Jesús María district or by writing to revocatoria.datos.personales@up.edu.pe. The University undertakes to communicate the procedures associated with asserting the aforementioned rights.

The Owners express awareness that the forms in which they provide their personal data include mandatory and optional questions, which may be identified in the forms in which they appear. The act of granting personal data empowers the University to use these data in accordance with the purposes specified in this document. In the event that the Owner does not consent to the processing of their personal data, the University will be unable to include the Owner in its database of applicants/stakeholders or, as a result, to send the Owner immediate and up-to-date information regarding its activities;undergraduate (degree) postgraduate (masters), executive education (extension), and language programs; educational satisfaction and improvement surveys; academic, artistic, cultural and entertainment events; or other activities related to the University or its dependencies.